A little this… a little that. The processes involved in a data analytics project require some alchemy,  “a seemingly magical process of transformation, creation, or combination.”

As I work on my data project this week, I find more to explore and investigate and wrangle which is all necessary before I can get into more advanced techniques. Yet, while this little project of mine focuses on hockey data, the steps I need to perform and decisions I need to make are the same ones that would be necessary in a business-oriented project.

If you’re new to data analytics, you can learn the tricks of the trade by following along with me through this series to “see” a project in action. You can rewind to the beginning of the series by starting here and then following the pointers at the end of each page to the next post in the series.

For now, Power BI continues to my tool of choice for my project. My goals for today’s post are two-fold: 1) finish my work to address missing venues in the games table and 2) to investigate the remaining anomalies in the games and scores tables as I noted in my last post.

To recap, I noted the following data values that warranted further investigation :

One last “fix” for missing venues

In my last post, I created the Alt Venue column in the games table to display the the home team’s venue, but the Game Venue column still shows 127 games with a missing venue. I decide to clean up my data model a bit to “hide” these columns and create a new column called Arena because that’s the normal name by which we hockey fans call the place where we go to watch hockey.

Tip: This is an important part of reviewing your work with users in a business setting – make sure you’re using terms that people use, not the terms that are in the data structure.

To provide a value for this calculated column, I use the following DAX formula with the IF function to use the value in the Game Venue column, but use the Alt Venue value if the Game Venue is empty (or blank in DAX parlance):

Then I can hide the Game Venue and Alt Venue columns and leave only the Arena column visible in the Fields list. To do this, I click the ellipsis button to the right of these columns and select Hide. I have the option of viewing the hidden fields or not by respectively selecting or clearing the View Hidden command on the context menu.

Tip: This capability is helpful when you have “supporting” columns that are used in calculations, but not necessary for reporting. It just shortens up the list of available fields to make it easier to find what you want as you’re creating a visual.

I adjust the table on the Games Categorical Variables page of my report by replacing Game Venue with Arena and confirm there are no blank values remaining. 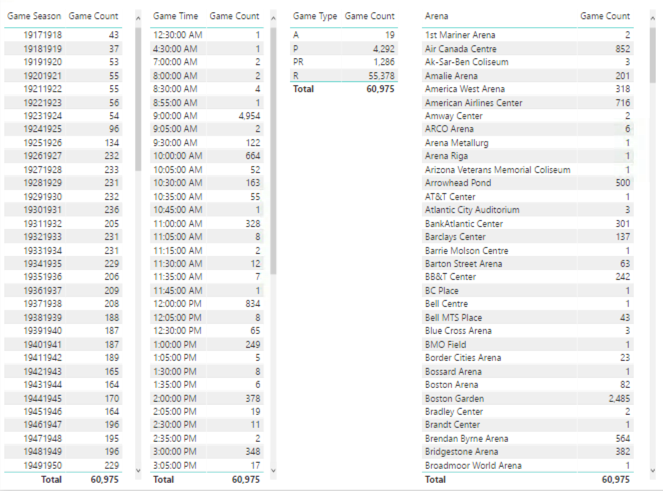 To analyze the anomalies mentioned above, I need to work through each table separately.

Min of Total Goals is 0

My first task is to figure out why Min of Total Goals is 0. This is weird to me because my understanding is that hockey games keep going until a team scores. Therefore, the Total Goals value can  never be 0.

I start by setting up a page in which I can explore the details behind the summaries: 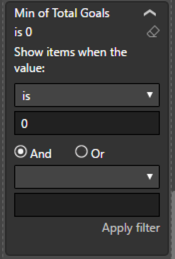 A lot of games still appear in the table. Hmm…

I know I have a table that shows the scores for each team on the Total Goals page. I can click on that table, click Copy in the ribbon, go back to my Games Analysis page, and click Paste on the ribbon.

Now when I select a game in the table containing Total Goals, I can see the scores by home and away teams in the newly pasted table. And indeed the two teams scored 0. Double hmm…

Note: I could also have done this – the end result is the same:

And then check this out! I can have Power BI convert this into a clickable URL for me by changing the Data Category to Web URL.

But wait – there’s more. I don’t really care what the URL is. I just want to click on it. So I can apply formatting to the table by setting the URL Icon toggle to On like this: 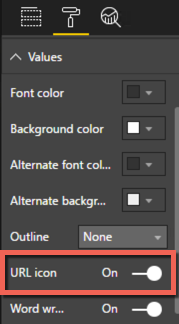 That way, I can save some screen real estate!

When I click the link, I get to the game page which lists a lot of data, but I can search for the terms “score” and “goal”. As far as I can see, there was in fact a tied score of 0. Hmm.. I can’t seem to find any official data online from NHL or other sports sites on this particular game because it’s preseason.

Note: I decided to add a Season URL to my model also, using the same approach as described above.

Continuing on my sanity check quest, I pick a regular season game (one that’s begins later than September) such as the Atlanta Thrashers vs New York Rangers on 16 October 2003 and lo… it’s true. There CAN be a 0-0 score! Hmm.

But as I investigate further, I discover that this situation was true only until 2005 when the shootout was introduced.

“The new shootout rule guarantees a winner each game; ties have been eliminated.”

Therefore, the rule that there cannot be a 0-0 game is true now. Because this was my first season, I had no idea that the rule had changed at a previous point in time. I now know this rule does not apply to seasons prior to 2005-2006.

Tip: This is a perfect example of characteristics in the data that lead to questions which lead to discovery of new rules of which you may not be aware.

Now I can set up a table to view my data differently to determine if anomalies exist based on this new information:

After adding a filter, I still see a bunch of games with Min of Total Goals = 0. Can we have a triple hmmm?

They look like preseason games for the 2006-2007 season. I add the Game Type column to the table to confirm, and yes – they are all preseason. Here’s a partial list:

So far, I haven’t turned up any reason via Internet search for this situation. Maybe they didn’t bother with shootouts in preseason games that year? I’ll file this away as a notation on my data and maybe someday I’ll learn the truth. [Update: As my friend and hockey buff extraordinaire Aaron Bertrand (b | t) pointed out in the comment section below, this is a prime case of dirty data.]

This analysis also explains the Min of Score = 0 also. So two anomalies “solved” for the investigative price of one.

Moving on to Max of Total Goals

I use a similar technique to explore the next scenario: 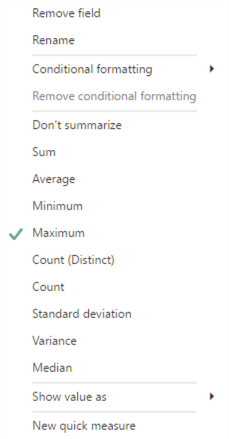 The teams did indeed appear to collectively score 29 points with a score of 17-12. It’s a Game Type of A, which I haven’t decoded yet. I do know it’s not preseason (PR) or regular season (R). A little research uncovers that this is an All-Stars game. Aha!

Looks like the majority of games are All-Star games – and that means the Total Goals value seems logical. A game of stars is likely to have more scoring action than the normal mix of players. The exception seems to be Edmonton Oilers @ Chicago Blackhawks on 11 December 1985 which is a regular season game that apparently made history for having the most goals in a game. And still holds that distinction!

Ok – data validated on that front. Next…

I duplicate the Scores Numerical Variables page and follow the procedure I describe above for the minimum total goals. When I see the detailed data, I see how to interpret this information and how I need to look at the data:

I have now completed my first pass through the data which required the calculation of summary statistics, a little data cleaning, and a lot of investigation to understand the “true” rules rather than rely on my rather limited knowledge of hockey. My investigation also allowed me to get a little closer to the data and understand the meaning of the statistics that I have so far.

Some key thoughts about the process described in this post that relate to any type of data analysis:

Also this post demonstrates several techniques you can use in Power BI:

In my next post, I plan to take another pass at the numeric statistics by analyzing the distribution of values.