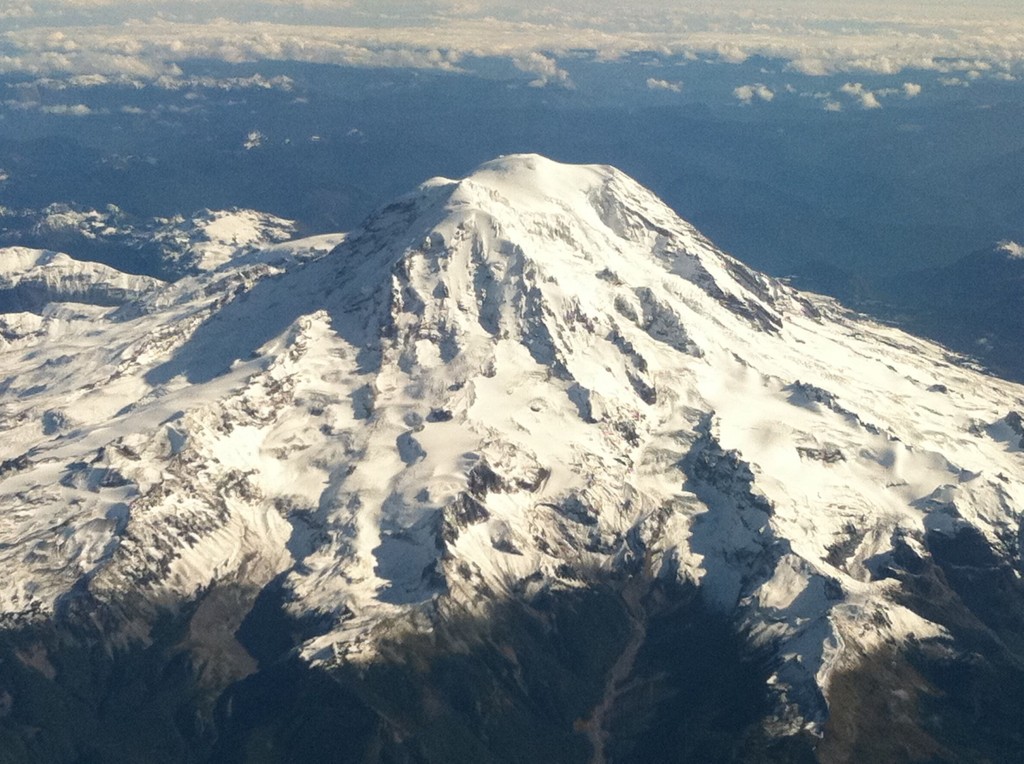 It’s already half a week after PASS Summit 2011 and my head is still reeling! Just when I think PASS Summit can’t possibly get any better, it does. When Erika and I arrived at the Washington State Convention Center on Sunday afternoon to register, I felt like I had just been there for Summit 2010. Has this past year been only a dream?

Early arrival meant Erika and I were both “interviewed” about SQL Community, which was displayed at the opening of the first day’s keynote on Wednesday, October 12. Both of us were also in the Welcome to PASS Summit video.

That was the theme for this year’s Summit. And Erika and I did plenty of each. I connected with friends made at last year’s Summit, friends from my very first Summit in 2002, and of course friends made along the way. It was especially fun to connect with people whom I knew until now only through Twitter. Some people were taller than I imagined, and some were shorter – but I’m not confessing any further details here! One feature of this year’s Summit that I thought was executed quite well was the attention given to first timers. The blogging community provided help in advance, first timers were given special ribbons to wear, and a special reception was held to make first timers feel welcome and learn the ropes. Then they were turned loose into the Summit community! I spoke with many first timers throughout the week and there was much appreciation expressed for the extra effort to help them get acclimated.

For sharing – I participated in several events. First, there was my pre-conference session on Tuesday which had a lot more people than I expected frankly for the somewhat niche topics of MDX, DAX, and DMX. If you were in my class (and even if you weren’t), you can download the demonstration files here, plus in the MDXPrecon.zip file I included the queries that I managed to save off from our detour discussions:

Then on Thursday, Denny Cherry (Blog | Twitter) and I co-presented “So How does the BI Workload Impact the Database Engine?”. We had some great questions from the audience and still managed to get through our content. Originally, we had thought this was a 4-hour session, but discovered a few weeks prior to the Summit that it was only a 3-hour session. I think we did a decent overview and certainly could have talked at least another hour, if not an entire day drilling into the details. Denny put up  a Web page containing links to resources to get background information on the topics we covered in this session.

On Friday, I was super busy with my Connect and Share parts of the program. I hosted a Birds of a Feather table where we discussed Collaborative and Mobile BI. I was surprised how many people chose to be at the table rather than land there by default, considering this topic is still somewhat futuristic! Mostly the conversation centered around Mobile BI. No one here is actively using it yet, although there is interest. We discussed the current offerings in the marketplace, the announcement of Microsoft’s mobile BI strategy, and the challenges everyone has in delivering mobile BI to their users.

After lunch, I dashed off to Starbuck’s for a mini-reunion with my Aspirity colleagues with whom I worked since 2000 (well,  most of them!). Some of us have moved on to independent consulting careers, while others remain with Hitachi Consulting, which acquired Aspirity in 2004. From left to right, Dave DuVarney (Twitter), Dan Reh, me, Hilary Feier, Susan O’Connell, Scott Cameron (we started working together pre-Aspirity in 1997), and Paul Turley (Blog | Twitter) (who joined us after the photo shoot!).

Afterwards, Erika reminded me about a tweet I had shared recently. She was just waiting for me to bring it up during the panel discussion, but it had long ago fluttered out of my mind! However, I agree that it was pertinent to the discussion, and am including the link here for those interested. The article, Why Do Some People Learn Faster?, discussed failure as a learning tool. It makes me feel better about all those mistakes I make. I’m just learning faster that way! And you’ll hear this as a common refrain in my classes. I don’t think we learn anything when software, processes, technology, (fill in the blank) just works. It’s only when something breaks that we have the opportunity to investigate to see why it broke and how to keep it from breaking again. That’s true learning. 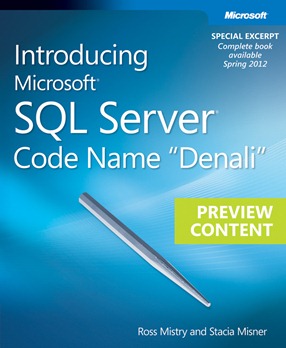 What else did I learn? Lots of new stuff coming from Microsoft next year, although that’s not huge news to me as I’ve already started writing about SQL Server 2012 (Denali). You can download a draft of the eBook that Ross Mistry and I are co-authoring, Introducing Microsoft SQL Server Code Name Denali. The final book is due out next year.

But I also learned a few new things at the keynotes as well. You can catch my highlights of the keynotes in my previous posts:

There was so much else going on during the week that I can’t possibly capture it all here. I’m looking forward to catching the replay of many sessions as I didn’t get a chance to attend as many as I would have liked. Apparently, my plan to clone myself (via Erika) didn’t enable me to absorb more knowledge. On to Plan B…