I’ve been silent for a while on this blog. Not for lack of anything to say or lack of activity, but simply for lack of time! If I’ve not been jet-setting from one place to another, I’ve been delivering presentations at events and classes – in person or online – or writing an article or preparing a class. I even managed a few vacation days here and there. Now that I’m back at headquarters in Las Vegas and catching my breath, I thought I’d do a recap of events of the last couple of months and update my Upcoming Events page. It’s been a busy year so far, and it will continue to be a busy year to the very end!

SqlRally 2011 was the event that kicked off my flurry of activity. At least it’s the demarcation line in my mind for the sequence of events leading to now. It’s a mini-summit. More intimate than PASS Summit. Familiar faces. New faces. SQL karaoke. Need I say more? Follow this link to see yours truly captured by Tim Mitchell (blog|twitter) as Brian Moran (twitter) and I enjoyed a SQL karaoke performer. You can see more of Tim’s photos from  SQLRally 2011 here.

Unfortunately, I ran out of time in my session. I assumed beforehand that people would be more familiar by now with certain data visualization features new to SQL  Server 2008 R2 Reporting Services, and obliged the questions from the audience. That was good for people who wanted to learn more about those features, and not so good for the people who wanted to learn more about dealing with the good, the bad, and the ugly in data visualization. I promised a follow-up blog post which I have not had time to tackle until recently. Stay tuned!

Classroom training is the best environment for learning new stuff, I think, but sometimes people can’t schedule time out of the office, so online is the next best thing for online events. In addition to the private classroom training that I provide for various clients throughout the year, I’ve begun teaching a variety of online classes.

For example, I teach an advanced SSRS class to complement Bill Vaughn’s (blog|twitter) Reporting Services series. I taught a class in May (just one of the things keeping me busy since SQLRally) and another class coming in the fall, which I’ll announce on the Upcoming Events page when it’s officially on the schedule.

Another online training venue for me is Pragmatic Works. There I have been teaching SSAS since April and really enjoying it. I’m getting ready next week for the debut of my online MDX class. The first class is already sold out, so I expect a lively interchange with students! (Interested? You can find an overview and links on the…yes, yes… Upcoming Events page.)

As much online training as I’ve been doing, I managed to squeeze in some classroom time in June. I went to Redmond to co-teach the SSAS maestro course with Adam Jorgensen (blog|twitter). This was just one of many reunions for me this summer. 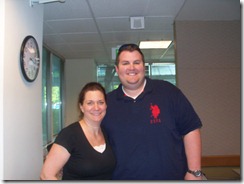 Adam Jorgensen and I kept crossing paths at various events and finally got our opportunity to teach together this year.

Here I am with my friend Greg Low (blog|twitter), with whom I developed and taught SQL Server 2008 R2 BI training when that release was up and coming. 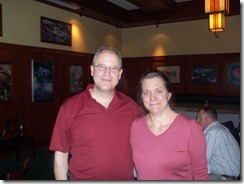 And here I am with my friend Paul Turley (blog|twitter). Paul and I started working together many years ago at Hitachi Consulting.

In the weeks before my trip to Redmond, I wound up in the Houston area for business and was able to drive around the neighborhood where I spent my pre-teen and teen years. Then the following week I went back for a family reunion with my dad, his wife, my brother and my sister. The only one living in Houston these days is my brother. And then I capped off the week with a high school reunion. 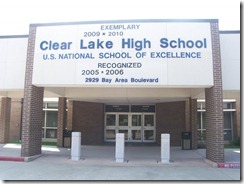 When I went to school here, it was one of the top high schools in the country, although that fact wasn’t plastered on the front of the school as it is now. This is the high school closest to NASA, and accordingly most of the kids that attended then (and now) had parents that worked in the space industry. I went to school with astronaut’s kids, engineer’s kids, and programmer’s kids. My dad, for example, was one of the programmers who developed the launch programs for the space shuttle – then only a dream, and now at the end of its era. Anyway, there were an amazingly high percentage of smart kids at that school and it was interesting to learn what became of the people I grew up with. Many of them have stayed in the area and work themselves in the space industry. At least they do now…things could be changing for many of them soon. 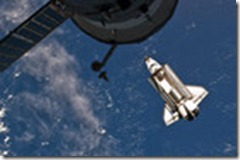 But the best reunion of all was the reunion I had with my husband who’s been away for a couple of months handling Phase I of our move to Southeast Alaska. It’s been logistically challenging as you just can’t get there by car, but have to move big items by barge. Not just one, but two. So he’s gone on ahead of me to prepare the way and get a basic infrastructure in place for the new Data Inspirations headquarters. Phase II of the move is scheduled for 2012.

It’s a very remote location, but not so remote that there is no Internet access. Otherwise, I probably wouldn’t be quite as enthusiastic about the relocation. Internet arrives at the island by way of microwave, and then is broadcast wirelessly to residents. It was a bit slower in speed than I would like, but I’m told that over the coming months, additional bandwidth options will be forthcoming.

I took Yoyo, one of our “puppies,” to go live with my husband (leaving two with me in Las Vegas). Yoyo is a special needs Yorkshire terrier, having contracted Granulomatus meningoencephalitis (GME),which attacked his nervous system and caused him to go blind about a year and a half ago. He’s only 4, and is not expected to live long, so every day we have with  him is a special blessing. He’s a great little guy and has such a great attitude, running along to keep up no matter where we go.

Here is Yoyo waiting at the gate for our flight from Las Vegas to Seattle. We had quite an adventure getting all the way to our ultimate destination. I had never flown with an animal before and wasn’t quite sure how it worked. Going through security, I had to take him out of his carrier and take him with me through the metal detector. I’m not sure how it would have worked if we had to go through a body scanner. In Seattle, we found the Pet Relief Station at the Sea-Tac Airport, which was – well – a relief, functional but not well-maintained. Fortunately, I came prepared with pads for Yoyo. Then we flew to Ketchikan where we spent the night. I’m sure Yoyo was wondering what was going on, but he didn’t have much to say. I could tell he was not particularly happy with the float plane that took us to Kosciusko Island, our new home, until he discovered his “papa” there. It was a very joyous reunion for everyone! 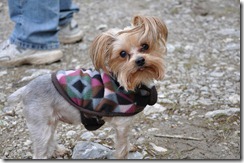 Yorkies don’t have fur like other dogs. Even in July, we had many days that were a lot cooler than the temperatures we get in Vegas. Fortunately, we had some sweaters for him, so he could enjoy walks with us. Here we’re exploring the beach just a short walk from our home.

Yoyo is adapting well to his new environment. He always did like flowers for some reason (which in an odd sort of way reminds me of Ferdinand the Bull), and here he stops to smell some flowers as we were exploring an area full of waterfalls. This day was absolutely beautiful. (Most of the time it drizzled. It’s a rainforest, so I guess that sort of thing is required.) 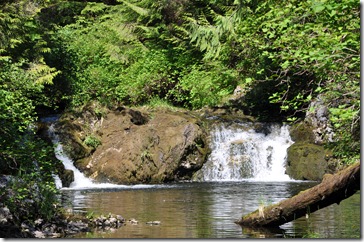 And here is one of the waterfalls Yoyo and I encountered on our hike. It’s  one of the reasons why I’m ready to go live in Alaska. I think I’ll find it…inspirational.