SQLU SSAS Week: Why Do I Need a Cube & How Do I Get Started? 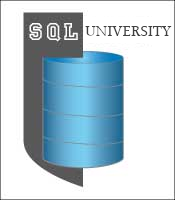 This week I’m pleased to be the professor at SQL University during SQL Server Analysis Services (SSAS) week.  My assumption is that you know nothing about SSAS today and wonder if you ever need to.  Today, before I get into the technical details of how to build a cube (which is the container of data that Analysis Services stores for you), I’ll start by describing the reasons you might need a cube and explain the preparatory steps that you should take before beginning cube construction. In later lessons this week, I’ll teach you how to build and deploy a simple cube (and what deployment means), and how you can make a cube accessible to other people.

How Does Building a Cube Help?

Why Not Use PowerPivot?

You might have heard something about PowerPivot for Excel. Some people have gone so far as to claim that with PowerPivot, you never need to build a cube again. Well, that’s just not the case. PowerPivot is very good for personal BI, when you want to combine data from disparate sources in a way that’s very similar to SSAS. In fact, PowerPivot installs a special version of SSAS called VertiPaq mode – but it doesn’t behave identically to a standard SSAS instance. For one thing, it’s a single user instance. You can’t share your workbook with others unless they also have PowerPivot for Excel installed or unless you publish to a SharePoint farm that has PowerPivot for SharePoint installed and enabled. One shortcoming of PowerPivot right now is the lack of support of hierarchies, which in standard SSAS is useful for data navigation, certain types of queries (like time-series analysis), and query performance. And there are certain types of complex designs that standard SSAS can handle that PowerPivot cannot. The PowerPivot team published a blog post, “Comparing Analysis Services and PowerPivot,” which you can reference if you need help deciding which direction to go.

Getting Started: Software and Data

In the other lessons in this series, I’ll walk you through building an SSAS database using the AdventureWorksDW2008R2 database for SQL Server 2008 R2. You’ll need software installed, of course-both the database engine and SSAS. UPDATE: The hosted trial is no longer available. If you only need to install SSAS,  learn how at  MSDN: How to Install Analysis Services by Using Setup.

And you’ll need data. You can download the sample databases for SQL Server 2008 R2 from Codeplex and follow the instructions there. If you prefer, you can use the SQL Server 2008 version instead. For the purposes of this series,  there’s no significant difference between 2008 and 2008 R2.

Yet another option is to use the preconfigured SQL Server and SSAS instances at a free hosted trial of SQL Server 2008 R2. Then you won’t have to worry about installing anything, but you will have a 2-hour time limit.

Getting Started: A Theoretical Foundation

With the AdventureWorksDW2008R2 database on hand, you have everything you need to build a cube. The database restructures the data from AdventureWorks2008R2 as a star schema. But when you work with your own data, you’ll need to figure out how design a star schema that’s appropriate for your data. A good comprehensive resource for learning how to do this is The Data Warehouse Toolkit, Second Edition (Wiley, 2002) by Ralph Kimball and Margy Ross. However, for the next lesson, you don’t need to read an entire book. Instead, you can learn just enough to understand the terminology that I’ll be using by reading Designing the Star Schema Database, written by Craig Utley. There’s also a series at SQL University on Data Warehousing that you should review.

In real life, after designing your star schema and creating the physical tables, you’ll populate the tables using Integration Services (SSIS). You can learn more about SSIS at SQL University – just search for the SSIS classes on the homepage. For our lessons, the design and population of the star schema is already complete in AdventureWorksDW2008R2, therefore we’ll focus only on SSAS development this week.

So get your environment ready for the SSAS lessons by installing the software and sample databases (or sign up for the hosted trial), and spend some time learning the star schema lingo. In the next lesson, Dimension Design 101, we’re going to start building database objects!